Vic Minty started the business in 1945. Initially, he began moving buildings locally, in the Onanole area but as the need grew, he expanded. As his business grew, he was able to purchase better equipment, enabling him to do bigger and more jobs. One of Vic’s biggest challenges was the joint effort of moving a coal dock in Brandon (similar in weight to a small grain elevator).

Along the way, many changes and improvements were made. The addition of a power bunk to the pulling truck made lifting easier. V.C. Minty & Son were the first movers in Manitoba to have 75-foot Douglas Fir beams shipped from British Columbia. 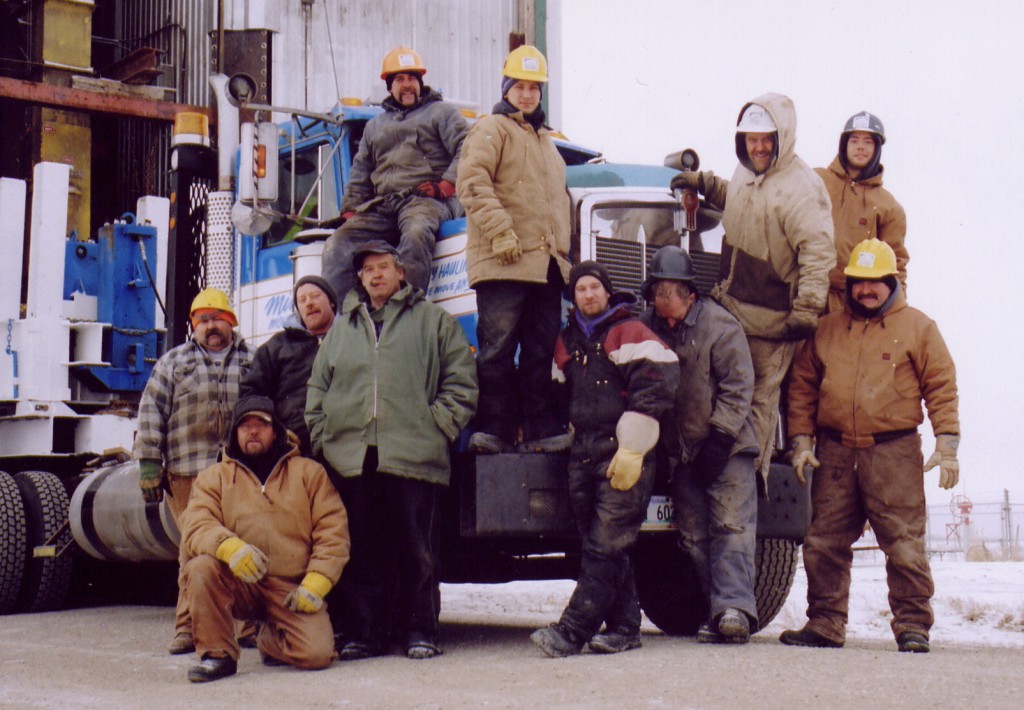 Crew on the La Riviere project

After 30 years in the business, Vic retired in 1975. His son, Harold, had just graduated from high school and had been well groomed to assume the responsibility of the moving business. By age sixteen, he had already managed a crew and was moving buildings on his own. Harold bought the business, had it incorporated, and renamed Minty’s Moving Ltd.

Initially, Harold Minty continued to operate out of Onanole, Manitoba; however, he soon set up residence in Swan River, MB, due to demand for moving services. In 1981, he relocated to Dallas, Texas. Business was good (averaging 400 buildings per year) but the pull of family roots brought him home in 1986.

Although Minty’s Moving Ltd. mainly concentrates its work in Manitoba, moves have been accommodated in Ontario, Saskatchewan, and Alberta.

Due to the diminishing structural moving market in Manitoba, Minty’s Moving proceeded to diversify into the hauling and installing of bridge girders for the Manitoba Department of Highways in 1992.

Forever looking for challenges, Harold has incorporated crane work, dismantling and demolition work into his business,and is now considering a major change into high voltage transformer moving as well.